ADoesOfBuckley's Musical Autopsy on Rihanna's "Bitch Better have The Money"

Adam Buckley's Musical Autopsy series is a segment on Adoesofbuckley. On May, 3rd, 2015, he created an episode on the Rihanna song, Bitch Better have The Money, currently said video was taken down form YouTube due for a third party, and since than, no one has seen to brother to reupload it after it's premiere. All that remains is Buckley's tweet about the video. 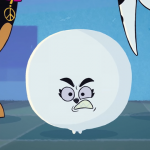