Title card for the special

After it's original airing in 1965, A Charlie Brown Christmas went through multiple changes the following year in 1966 to improve things that the original crew were not happy with, due to the limited time they were given to make the special and due to the fact that the special was considered a failure at first by most behind it until it became a massive success and would be aired again the following year.

These 1966 changes have been the definitive version for the crew behind the special and all subsequent airings and home media releases, which left the original version that aired in 1965 almost completely lost and unreleased to the public until recently.

A clip of the ending from a 1968 broadcast has been available on YouTube for some time now. It contains the frames of the children singing “Glory to...” then cuts to a still frame of The End screen as the rest of the vocals are heard and an announcer says “Brought to you by the people in your town who bottle Coca Cola!”. The full broadcast of this version has yet to be found and it is unknown if it contains the Coca Cola sign at the beginning. The vocals in this version are also mixed higher and have a slight reverb.

UPDATE: An original print (NOTE: Not a workprint) of the 1965 aired version of the special was shared as an MKV to the Lost Media Wiki in January 2020 is available on the Internet Archive. A comparison video with the two prints is available on YouTube and Vimeo. Also Watch on VidLii: https://www.vidlii.com/watch?v=eZ5pg3reAZK

ADDITIONAL UPDATE (5/29/2022): Unfortunately, besides that VidLii link, the only place you can watch the original print online now is here: https://archive.org/details/8.-a-boy-named-charlie-brown-1969-hd_20220418 due to Internet Archive being stricter with their copyright rules. However, this link does have a slightly better quality version. 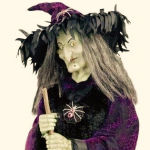 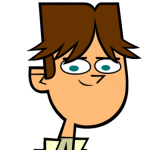