Adventures in Nutrition With Captain Carlos was a series of Flash-animated educational shorts on Playhouse Disney (now Disney Junior). In every skit, Carlos would want to eat healthy food, but his younger sister Maria pushes junk food upon him. Then, the narrator explains how the junk food can affect your body, and the healthy food does vice-versa. The skits have not aired since at least 2008, though rumors have spread that they may be found on pre-2009 Playhouse Disney home media releases.

A handful of the skits are available in Spanish on YouTube, as well as a "rough cut" of an episode on Vimeo and another "rough cut" that was upload to YouTube . All of them are found.

Some people have complained that a baked potato was a healthy snack (in reality, baked potatoes have vitamins C and B6). Others have said that the show doesn't have the proper facts. Several people criticized the removal of Maria's line: "The labels are so pretty, there's a prize inside this one." and Carlos' Spanish shout. The lines were removed for reasons unknown, but the lines were possibly removed to reduce time. Some parents criticized the show altogether because the show would convince kids to stay away from junk food entirely, and some criticize that the show itself is not helping kids to make better health choices. 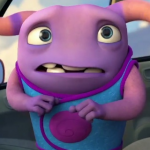 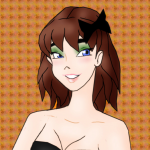