Aliens: Colonial Marines was a video game that was based on the Aliens franchise.  It was being developed by Check Six Games and was to be published by Fox Interactive and Electronic Arts for the PlayStation 2 in 2001, but it was cancelled in 2002 before it's release.

Later a video game with the same name was released and developed by Gearbox Software and published by SEGA in February 12, 2013 for the PC, PlayStation 3 and Xbox 360. 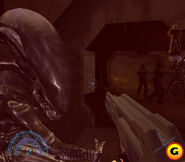 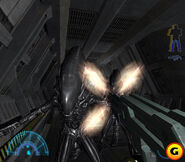 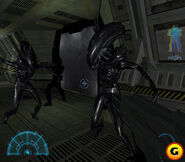 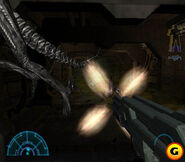 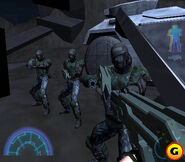 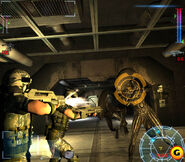