Check out the Lost Media Wiki’s article on the Angry Birds online games!!

"Angry Birds" is a game beloved by many. It has had a few versions that can be played online. Currently, majority of the official online versions of the game have been discontinued and are lost.

The reason most of the online games were shut down was because Rovio's permission to use the copyrighted IPs have expired, so they would not be able to release them again. Another reason is because Rovio has since wanted to shift their focus towards mobile gaming, as they no longer view browser gaming as profitable. (It's for this reason the official PC versions of the Angry Birds games are no longer available for purchase). 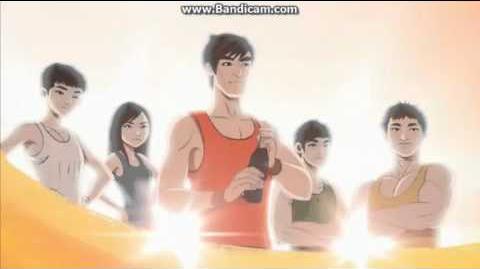 [1] UPDATE 4/8/17: User 3RDCLASS told me that Angry Birds Chrome can be cached to play offline, but only has the first page of Poached Eggs. That means that if that game can be cached, the others might. Might. It's still not confirmed.

ANGRYBIRDSBIGGESTFAN2345 SAYS THERE ARE SOME ASSETS OF ULTRABOOK ADVENTURE IN THE OS X VERSION OF ANGRY BIRDS SEASONS. HE WILL RECREATE IT IF SOMEONE UPLOADED THEM. THANKS! (I USE CAPS LOCK BECAUSE I'M SO HAPPY) --TwilightSparkleLover11 (talk) 12:48, October 6, 2019 (UTC)

Don't have backup files of Telepizza, the disks were destroyed for being unlicensed. and, decided to focus on Ultrabook Adventures recreation. --Jack3010

This is the first update of the new year and I've got great news to share for you all. First AngryBirdsBiggestFan2345 found a version of Angry Birds for the Airplane. IDK how we would get this version as it is pretty unknown but he wanted to let us know that it is out there. Second, during my winter break on my brand new Android Tablet I found a great discovery. In the Android version of Angry Birds Seasons, there is a Intel egg you can unlock by opening the 5th level in Winter Wonderham. After unlocking it, you get 4 brand new levels all based on Angry Birds Ultrabook Adventure. After playing those levels, I looked at the Cutting Room Floor's page on Angry Birds Seasons Mac OS X version witch is a page that was passed over 2 years ago on this page and saw that the unused assets were actually leftovers from these Android levels. However the best discovery is that when you look at these file names for the Intel egg levels, they are a .json file witch could help recreate Angry Birds Ultrabook Adventure. That is all I have to say in the New Year Update today, I will leave 3 links below about what Angry Birds Ultrabook Adventure is if you are new to this page and 2 YouTube links one for the Facebook levels for Ultrabook Adventure and second for the Android levels. thanks for reading I'll see you in the comment section.

Story Levels and Bird-O-Matic in Friends are GONE. ROVIO HAS A HATRED FOR THESE WEB GAMES NOW. Since this and the website that held other lost games are done, development has started on a project called Angry Birds: The Lost Levels that will recreate everything Rovio has thrown in the garbage.

Sorry @Magic Jewelry Nerd and @David Ganon I will not be online these time because the reasons below and also I am experiencing troubles with my mobile phone because it takes a long time to log in Discord and when I trying to click the IP verify link in my e-mail it said the link was expired (Just in some seconds?!) so I only can experience Discord on mt computer at home, sorry

The wiki user “Tulon888” says that he found Angry Birds Breakfast 3, but he says its just a arrow pointing out

Inside Heikki’s file, there is some assets for Coca-Cola