Animal Crossing 2 is the unreleased sequel to the 2002 video game Animal Crossing for the Nintendo GameCube. It was planned to be released in 2004 for the same console as its predecessor. Very little is known about it and only two screenshots of the game exist.

It is unknown why the game was cancelled, but it's speculated that development was shifted over to the Nintendo DS and was later released in 2005 as Animal Crossing: Wild World in order to generate more sales and capitalize on the portable gaming market. No prototypes or any other information has surfaced. 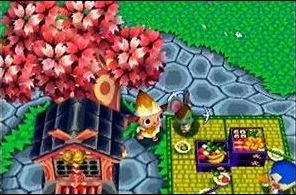 An in-game screenshot depicting two residents having a picnic and the Bell Shrine; an object from the Japanese-only games. 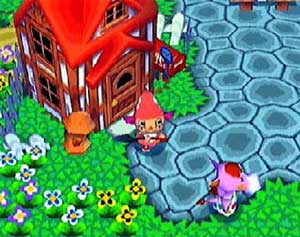 Another in-game screenshot.
Add a photo to this gallery
Retrieved from "https://lostmediaarchive.fandom.com/wiki/Animal_Crossing_2_(Unreleased_GameCube_Game)?oldid=162091"
Community content is available under CC-BY-SA unless otherwise noted.