Template:InfoboxLostAriel pink is a multi instrumentalist based in L.A. He has released many studio albums and singles on his label, 4AD. He has, however, released many studio albums, singles, live albums, and musical side projects through his (Now defunct) Myspace page, and the merchandise stand at his tours. Many of these have been later released on 4AD, Paw Tracks, and cooler cat, along with a few other labels. (such as Loverboy, Oddities Sodomies, Scared Famous, FF>>, etc.). Others have been self released (Such as Gorrilla, Appaleasians vaults, and thrash and burn). Many of these still have yet to surface online, or anywhere else. In 2008 the blog Mutant Sounds gave (No longer working) download links to Download (an alternate tape for)Hum it in the streets, Underground, Welcome 2 our world, an alternate FF with a different tracklist, and the mail order version of Yas Dudette.

Ariel has said on his twitter that on Kxlu Los Angeles, he will be broadcasting a bunch of his old underground tapes. Hopefully we get some significant stuff out of this!

Most of this comes from the Ariel Pink discography 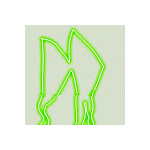