The PBS Kids Vote-a-rama event was a PBS project designed to get kids interested in the voting process. Fans of Arthur logged onto the PBS Kids website, where they could view video clips for a number of Arthur episodes and then vote for which one they thought was the best. The winning episodes aired as a two-hour mini-marathon on Labor Day, September 2, 2002, alongside the new kids program Liberty's Kids. Between episodes, Buster Baxter was featured in brief animated segments, and he interviewed Aaron Carter. This special is only known to have a single airdate, so any footage of it is extremely rare.

One promo for the special event has been found: https://www.youtube.com/watch?v=7Iarif-CUBM

The rest of the bumpers and special interstitial footage are lost. 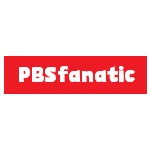