Based on the 1994 movie of the same name, Baby's Day Out is a cancelled video game developed by Designer Software and published by Hi Tech Entertainment that was scheduled for release in October 1994. It was fully completed and ready to be released on the Super Nintendo Entertainment System, Sega Genesis and Game Boy, but was cancelled at the last minute for unknown reasons.

Instead of Bink, the player controls what appears to be Bink's guardian angel that helped Bink to stay away from the kidnappers, which never appeared in the film.

http://nintendoage.com/forum/messageview.cfm?catid=35&threadid=136787 The forum thread where the Game Boy port was found. 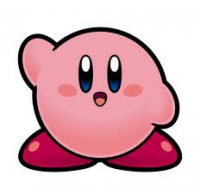