Bean Ball Benny is a cancelled 1991 beat ‘em up / action game, developed by Microsmiths and set to be published by Nuvision Entertainment for the Sega Genesis. The game was cancelled because Nuvision closed it's doors, subsequently cancelling Bean Ball Benny plus two other titles they worked on (The Swamp Thing and Guardian Angels Safety Patrol). In March 2010, Bmpedrums from the Digital Press Forum found a prototype of the game, shared some screens and uploaded a video on YouTube. 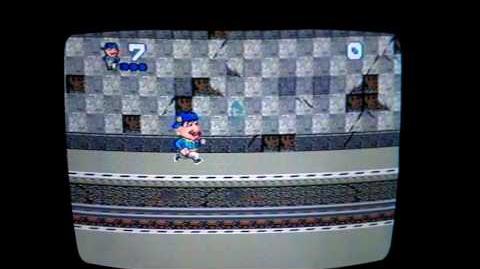