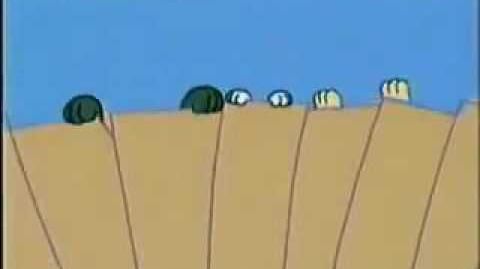 Binka is a British children's television series that premiered on CBBC on 4th September, 2001. The show was about a cat called Binka, who lived in three different houses and lived with three different families. The show moved to CBeebies in 2002, and was reran several times every year until the BBC stopped airing the show in December 2005.

Although a total of 26 five-minute episodes were created, only about 13 are available on YouTube, and only one DVD consisting of 10 episodes was ever released. Also, unlike other CBeebies classics, such as the Numberjacks, Binka does not have an official YouTube channel. Because of this, about half of the episodes are presumably lost.

Retrieved from "https://lostmediaarchive.fandom.com/wiki/Binka_(Lost_Episodes_of_2001_Children’s_TV_Show)?oldid=153361"
Community content is available under CC-BY-SA unless otherwise noted.