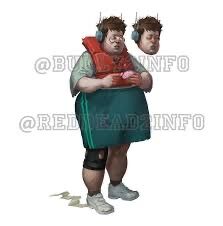 arguably rockstars most wanted sequel, Bully 2 is a hypothetical sequel to Bully. It has not been officially announced by Rockstar, which means it is not confirmed to exist at this time.

In November of 2006, Michael Pachter, a financial analyst who covers the videogame market, predicted that Bully had not sold well enough to warrant a sequel based on the sale.[1] However, his prediction was that Bully would not sell well over the holidays, and when this prediction turned out to be untrue, Pachter apologized to Rockstar Games and called a sequel "a possibility".

In an interview in 2009, scorer Shawn Lee claimed that he would be working on the soundtrack to a Bully 2 in "the not so distant future".

On November 18, 2011, Dan Houser of Rockstar Games mentioned a sequel to Bully during an interview about Max Payne 3.

"So we knew that we didn't want to start doing the Bully sequel instantly at that second with those guys -- even though it is a property that, like Max, we adore and might come back to in the future. There was just no impetus to do that then So we said, "You can do Max, and then we will see what we can do with Bully." So it was really waiting for the slot to open up and the group to open up to at least start work on it." — Dan Houser In July of 2012, Rockstar Games announced that Rockstar Vancouver would be merged into Rockstar Toronto over the course of 6 months. Rockstar Vancouver went defunct in December 2012.

On July 29, 2013, Rockstar Games filed a trademark application for Bully.

In August 2013, a resume-blog by Stan Capton, an uncredited voice artist in Bully, was discovered. In the blog, Capton claimed to be working on an action-adventure game for Take Two Interactive. The blog cited the game in question as 'To Be Determined' (TBD).

In a September 2013 interview, Dan Houser said that he has "numerous ideas" for another game in the Bully series. Houser specifically stated that it would "probably not" be a Grand Theft Auto clone featuring Jimmy as a protagonist, saying that Jimmy was "never that level of degenerate." [5]

"I know I want to [make another Bully game]. Well, hopefully, you never know. There's a lot of directions I could go with that one, it's funny." — Dan Houser In November 2013, Stan Capton's blog was updated to say that the To Be Determined action-adventure game was cancelled before Capton had a chance to record his lines.

In the summer of 2015, a hoax that Bully 2 was set to be released in October 2016 was started. The fake news story appeared on a few different content aggregate sites. The hoax's origin is unknown.

The original Bully was released as a digital download for the PS4 in March 2016, indicating that Rockstar has not forgotten about the franchise, although there is still no more recent official word on a sequel than Houser's comments in 2013.

In 2019, SWEGTA posted a video regarding the cancelling of Bully 2. In it, he speculated that Bully 2 was in development during 2008 and 2009, hence Shawn Lee's comments, and that it was cancelled because Rockstar Games ended up having to devote more manpower and resources to Red Dead Redemption than they'd originally planned.