CBC kids is a kids block of the Canadian television channel CBC. It has changed a lot over the past few years and a lot of the segments I've seen over the years have completely vanished and have failed to show up on YouTube. At First, I noticed a segment called "Birthday Stars" had gone missing except for very low quality recordings left by parents as a gift for their children to remember over the years. I was only able to find one and I'll leave the link to it here: https://www.youtube.com/watch?v=iz34KrqFWEI  Bithday stars was a letter writing campaign where you sent in your kid's birthdate and last taken photo via hand-written letter to the CBC kids studio. My own brother was on this but quite a bit of kids had entered this so I doupt it will ever be found. (I do not mean the current one, I meant what I said by name)

Another segment I can remember is a segment called "The Number Cruncher". Another hand-written letter campaign where kids would send in numeral related letters to a poorly designed blue trash can with eyes on its lid and numbers pasted all over its body. I believe the segment was created to help children get encouraged to participate in mathamatics during their time in school. This segment is by memory only so I would like anybody here to debunk it or attempt to find photos if they can.

Although I doupt a full segment of any of these will ever be found, I would like to see some people try. These were all previous memories of people's childhoods and I would like to find them as soon as I possibly can. If you have ANY other CBC kids related stuff to point out, please leave it in the comments. Thank you, and happy hunting. 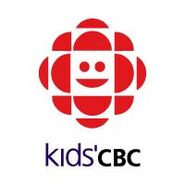 Only video I could find of the old "Birthday Stars" version of their birthday campaign
Add a photo to this gallery
Retrieved from "https://lostmediaarchive.fandom.com/wiki/CBC_Kids_Lost_Letter_Writing_Campaigns?oldid=100228"
Community content is available under CC-BY-SA unless otherwise noted.