Jack's Junk. A mostly lost to time YouTube channel, taken down due to ridicule and mockery from the public. Only one video was ever uploaded to the channel, titled "Channel Trailer." The owner of the channel (unknown whether his name is actually Jack or not) attempted to premiere this video at his film school, in an attempt to raise interest for the channel in the best way he could. The video was met with overwhelmingly negative reception from his peers, as they mocked the video and pressured him into taking it down and giving up on his hopes of starting a channel. The only thing that remains of the video is a scan from his school newspaper that shows him premiering the video. It's unknown whether or not "Jack" still has the data for this video installed onto his computer. Edit: the video can be found here:

So what was "Channel Trailer", anyway?

While the actual video is lost to time, students who attended the school-wide premiere of the video describe it as a checklist-type video with a hint of self-deprecation poking fun at the style of video it was, while also informing the viewer on what they could expect from the channel. A lot of the mockery that this video has gained is as a result of "Jack's" accent and the way the video was presented as a whole.

It remains unknown whether or not Jack was used as a pseudonym or the actual name of the creator. However, he was described to be someone who often drew and tried to put a smile on people's faces while trying to make them laugh. He switched schools as a result of the constant bullying after the video.

Any recordings of the video are long lost to time and it's unknown if the original uploader will ever reach out to us and provide us with the video, but a few students who have asked to remain anonymous have provided us with some quotes from the video. 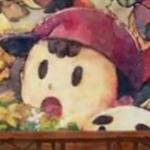 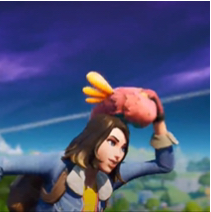