Cheaper by the Dozen is a 2003 American family comedy film directed by Shawn Levy, and stars Steve Martin and Bonnie Hunt. It is a remake of the 1950 film of the same name. There's a Japanese dub of this film. However, there is no legal way to get to see the full film in Japanese. 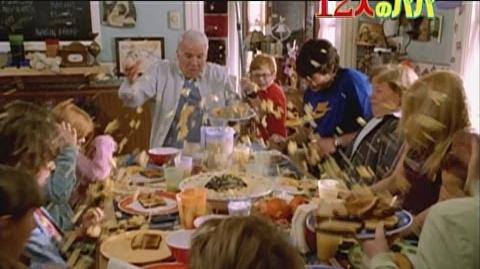 12人のパパ （字幕版）
A clip from this movie in Japanese.
Add a photo to this gallery
Retrieved from "https://lostmediaarchive.fandom.com/wiki/Cheaper_by_the_Dozen_(Lost_Japanese_Dub)?oldid=149345"
Community content is available under CC-BY-SA unless otherwise noted.