CityKids was a short-lived Saturday morning show on ABC. It first aired on September 18, 1993. Thirteen episodes were produced. The last show aired on January 29, 1994.

The TV Guide description of the first episode said: "A wacky new batch of Muppets that includes the Dirt Sisters -- two urban teens who spread the latest gossip around town -- and a group of rappin' hot dogs called Frankie Frank and the Footers highlight CityKids. The human CityKids they interact with are an ethnically diverse group of teenagers whose urban misadventures are charted. The first outing celebrates individuality and teaches a lesson in how to deal with a touchy racial situation." The Muppet cast also includes Dread, a Rastafarian philosopher who appeared with his pigeon sidekick, Bird.

The show was a co-production between Jim Henson Productions and the CityKids Foundation, a New York non-profit agency that helps young people use the performing arts to talk about issues impacting their lives. Each episode was written and produced "for kids, with kids," with members of The CityKids Foundation working as performers, creative assistants and production interns.

There was also a segment of the show showing what happens inside the heads of some of the characters. Inside The Head live Libido, Lieutenant, and Captain.

At times, the show cut away to segments on Planet Koozebane to highlight the issue being dealt with in the real world. For example, a bunch of one eyed green aliens are chasing and bullying another green alien because he has two eyes.

The show's main theme song was composed by Malik Yoba, who also composed other songs for the series and was a musical creative supervisor.

The pilot episode originally aired as an "ABC Saturday Morning Special" on January 30, 1993, and featured markedly different puppet designs for some of the characters.

As of 2021, most of the episodes (except for the pilot) are now available to view on the City Kids Foundation's website. The pilot episode is available through the Wayback Machine archive website, along with some of the other episodes compiled on VHS. 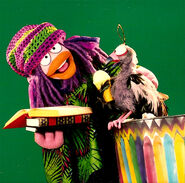 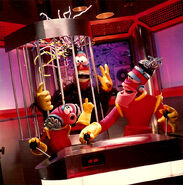 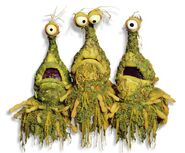 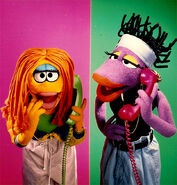