Connie the Cow is a Castilian Spanish children's show produced by Spain-based animation studio Neptuno Films in 2001. Neptuno Films crew member Josep Viciana created the series, while Roman Rybakiewicz designed the characters and backgrounds. It is best known as a show aired on Nick Jr.'s sister network Noggin in the United States. The show ran for 3 seasons and 44 episodes (129 segments and 1 triple-length special) on Noggin from 2003-2007.

In 2017, the Starz television network picked up the series and is now airing reruns of the show. The second and third seasons of Connie the Cow have now resurfaced on Starz.com. As of 2019, Starz no longer has the rights to the show.

They are available on TV3's Super 3 website, but the episodes cannot be accessed outside of Spain. http://www.ccma.cat/tv3/super3/vaca-connie/videos/#

A user by the name of Kobram9 also uploaded four episodes from the second season ("The Little Piglet", "Connie's Breakfast", "The Mysterious Plant" and "The Singing Frog") on his/her YouTube channel. https://www.youtube.com/user/Kobram9/videos

As of March 16, 2018, a user by the name of HedgyDaHedgehog2017 has uploaded all the episodes of the second and third seasons (in English) to YouTube, nearly completing the series.

Now the only episode to remain missing is the one triple-length episode (which I can't guarantee exists in the first place, there's more on that below).

Out of all the 130 episodes I counted, the one episode which is supposedly to be a triple-length episode was rumored on Wikipedia. I've been looking around the Internet researching episode lists for this show, and I don't know what the triple-length final episode is called. Here on this episode list on TWC Central's website, the 70th episode listed would be "Connie and the Diamond", which I'm assuming might be the triple-length episode (even possibly the series finale), but for some reason, Starz didn't list it, nor can I find the episode listed on the episode list on other sites. And "Hedgy's Spines/Mummy Tells a Story" only had two 7-minute segments totaling that segment episode to 14 minutes instead of 22, and I don't know if or if not a third segment was aired along with those, so I can't tell if "Connie and the Diamond" is either the rumored triple-length episode or the third segment with "Hedgy's Spines/Mummy Tells a Story".

At the end of each episode on Noggin, there is are segments involving activities and games with Connie the Cow teaching the viewers (kids voices who are heard offscreen) about animals, shapes, and colours. There are about 40 of the segments total. Some of them have been released on various Connie the Cow DVDs, and only a few (some of them in a foreign language) have turned up on YouTube. 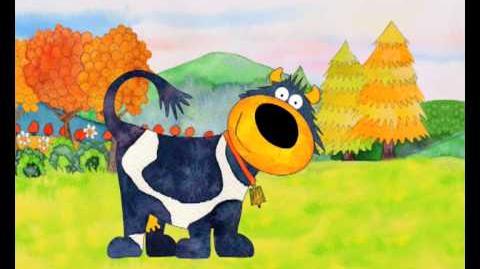 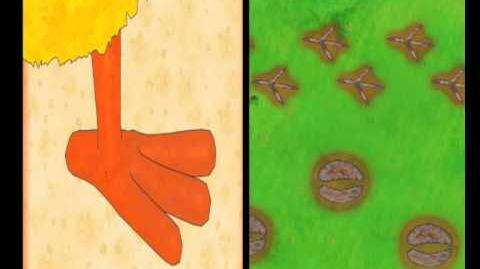 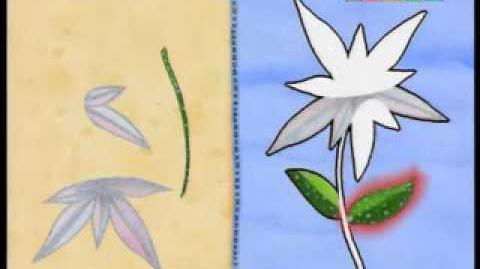 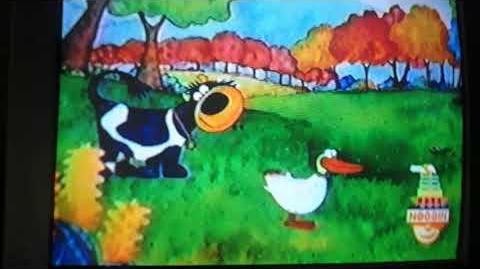 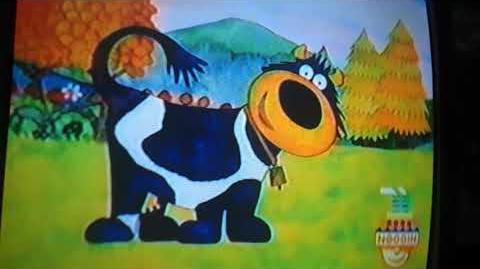 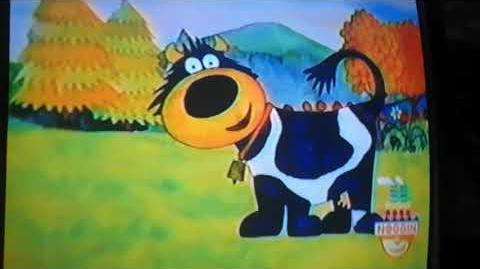 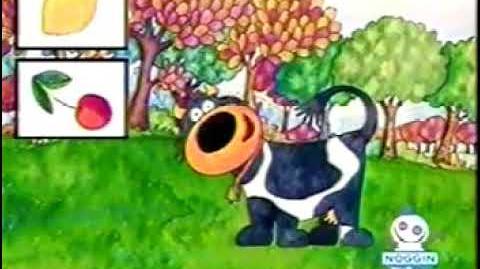 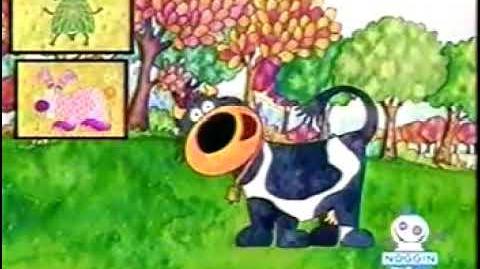 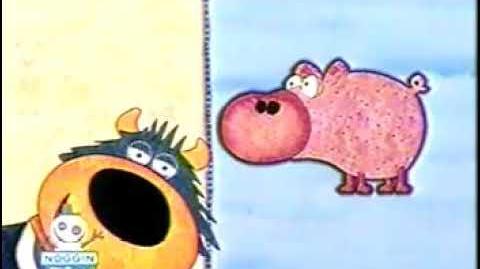 Noggin connie the cow learning segment pt3
Add a photo to this gallery
Retrieved from "https://lostmediaarchive.fandom.com/wiki/Connie_the_Cow_(children%27s_TV_series;_2001-2004)?oldid=163043"
Community content is available under CC-BY-SA unless otherwise noted.