Creation was a unfinished 1931 stop-motion animated/Live-action film produced by Willis O'Brian, who had recently hit a peak in his career. It would have been released by RKO Radio Pictures. The story consisted of a cruise ship and it's passengers encountering dinosaurs on an island, who must survive the terrors of these gigantic animals.

The odd thing about the movie is the fact that while the names of every protagonist and antagonist human character featured in the movie is known, only the real name of one character, Ned Hallet, is known (played by Ralf Harolde; see Cast List for more).

A large cruise ship full of wealthy, upper-class people is sailing through an un-named ocean (Wikipedia describes the boat's location as "40 degrees south of the equator, off the coast of southern Chile, and not far from Patagonia", implying that the ship may be drifting through the Atlantic) crashes on a island full of dinosaurs and other prehistoric animals. The passengers are stranded on the island until help arrives, during which two of the main protagonists become attracted to each other (Steve and Elaine) and ultimately become engaged at the end of the movie.

Creation was in its early stages of production when it was cancelled. This was done because Merian C. Cooper disliked the story. At the time, only a mere 20 minutes of the film had been completed, to which 16 minutes of that footage were lost (equaling only 4 minutes of known film that is watchable at all). Despite this, the linked video only contains 38 seconds of the footage that is available to the public. 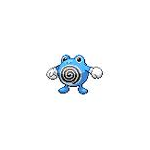 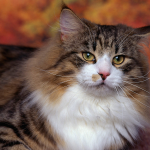