Many of Japan's 1960s and 1970s horror movies have, more or less, a reputation for being surreal, artistic, and well-crafted. While many (including Jigoku, Kuroneko, Kwaidan, and Onibaba) have gained steady cult followings thanks to remastered releases from companies like Criterion, some others (like Tatsumi Kumashiro's 1979 reimagining of Jigoku) remain elusive, sometimes only available with subtitles absent. One that seems to have faded into obscurity since its 1968 theatrical showings is Kazuo Hase's Cruel Ghost Legend.

Very little is known about the film, aside from a plot synopsis (which states that the film is about a blood curse that leads to "numerous bloody deaths, incest, a ghostly manifestation, and ultimately suicide") and two posters. The film, if uncovered, would likely be of interest to fans of early splatter movies (as 1960's Jigoku is agreed to be the first true cinematic gore fest, even predating 1963's Blood Feast, which is commonly regarded as the first of it's kind in the United States).

A second hand VHS copy was recently located on amazon.co.jp, (for a whopping 15,000 yen, which equals $122), proving that, while rare, an official VHS release did indeed eventually occur (in 1990).[1] However, until such a time that a philanthropic owner of one of said VHS copies provides a rip of the tape, it remains one of those highly-priced rarities that fall just out of reach. 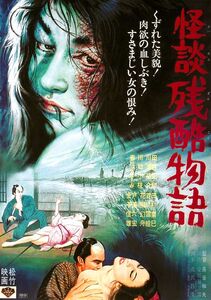 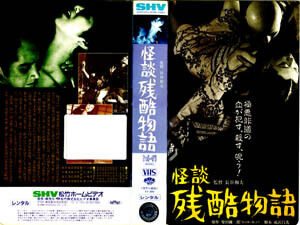 VHS cover for the 1990 Japanese release.

UPDATE 07 Mar '14: Cruel Ghost Legend has been found! Huge thanks to an online acquaintance of mine (who wishes to remain anonymous) for tracking down a VHS copy of the film, ripping and subsequently providing it to me! The film is unsubtitled as of this point in time, but I have managed to track down a karagarga.net user who is willing to transcribe it for us if we are able to raise a bounty of 200GB upload credit on said website (more details to come later, along with the uncompressed 6GB source file). 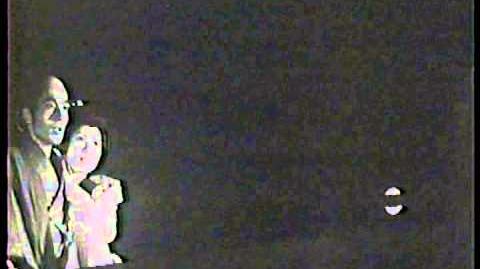