On August 31st, 2019; Crystal Platinum, A short-lived local rock cover band from San Francisco Bay Area performed at Rocking The Barn on Clayton Road, which was their first and known circulated performance.

Their performance at the barn was considered to be in mediocre quality and despite this, some people recorded the event.

However, there was soundboard audio that was recorded at that night as well, which is rumored to be the only source completed but has not been surfaced; the only sources that are available are video footage that is incomplete on Facebook and some audio footage which only contain the first three songs from their set list.

Around early-March 2020, months after the band's performance; one of the people that attended their performance contacted the audio engineer at the barn and informed them it will be surfaced over the weekend of March 14-15th but with no luck.

According to the engineer in late-July of 2020; the wave files were supposedly missing due to a major power outage which caused the data to be lost, however there's a possibility the files could get restored by data recovery software but nothing has been surfaced as of 2021, other than just audio clips from Hotel California and What I Like About You from a different audio source. 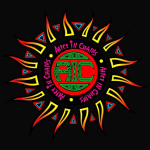 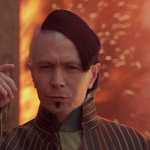