The Cybersix live-action television series is one of two adaptations of the comic book series of the same name. It had aired on the Argentine television channel Telefe sometime in 1996, it ran for about 8 episodes, 60 minutes each, before being cancelled due to low ratings. Since then all episodes have disappeared, save for the first episode and half of another, plus clips from commercials, can all be found on YouTube. Therefore, this is considered partially found media. It is likely this series did not receive an official home release.

Around 2013, the entire first episode titled "Cybersix (1995) Live action - cap 01" was uploaded onto YouTube by an unknown uploader, it was eventually taken down along with the account's termination due to copyright infringement[1]. Then on January 18, 2018, the first episode was re-uploaded onto Vimeo by user Beldam.D[2](also known as MagentaHamster). (The episode was subtitled in English by Keshiaim[3]).

Half of another episode was uploaded on June 5, 2020 by TODO PARA VER[4]. (The second found episode was also subtitled in English by Keshiaim[5]).

There are also many commercials containing clips of the series on YouTube, one of which was subtitled in English and uploaded onto Vimeo[6].

If more information is found concerning the series, please add it to this page.

The series was filmed in Buenos Aires, Federal District, Argentina. The production companies were Patagonik TV Group and Televisión Federal (Telefe), and the special effects company was Elcarimat FX.

In a secret laboratory in the middle of the jungle Dr. Von Reichter, a Nazi scientist, is genetically producing a series of quasi-human creatures.

Thousands of these beings are already working, mingled among the real worldwide human population, to reach powerful and influential positions thinking that one day Von Reichter might become the master of the world. All of the series produced, the Technos, the Types, the Fixed-Ideas are all obedient slaves, subjected to Von Reichter's desires. However early in the 70's, one of the series produced in test tubes in the jungle lab, came out showing serious malfunctioning features : the Cyber series. By 1980, the lot of 5.000 Cyber children were 9 years old as ordinary children, they had committed the wildest and most unbearable of faults : they had disobeyed the orders given. Their misbehaviour brought about their final destruction. The doctor effectively did away them all. However, a Cyber girl - Nº6 - is able to escape, helped by a black employee who runs with her to a small fisher's town in the north of Brazil. The Fixed-Ideas, series, ordered to find the rebel Cyber girl, eventually succeed in killing the black man, but the Cyber girl manages to escape.

Fifteen years later, in a sulfurous and evil city called Meridiana, Cyber finds the perfect place to hide away. She decides to take up a double personality, trying to live unnoticed. During the day, she is a teacher of Literature, and at night she becomes Cybersix, a powerful, non-human woman. In order to survive, she lives on a vital substance, common to Von Reichter's creatures, sucked from the necks of those who obediently follow the lunatic scientist.

Meridiana at night, becomes the scenario of a devastating war. Cybersix fights against artificial beings who are striving to get hold of the whole world. She, a lab-made creature herself, will fight against her parents and brothers defending humans who are totally unaware of the danger that surrounds their lives. All along her constant fight, Cybersix will play heroine and anti-heroine as well. A character that nobody will be able to forget.[7] 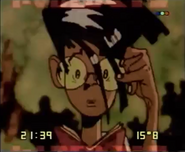 A shot of the comic seen in the opening. 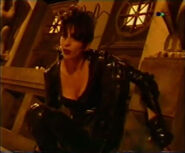 Cybersix on the rooftops.

Romance between Cybersix and Lucas. 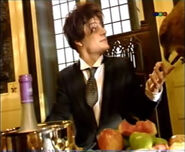 Jose in the live-action series. 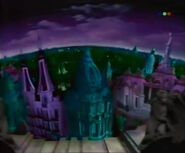 Poster for the live-action series.

A magazine clip(?) about the cancellation of the live-action series. 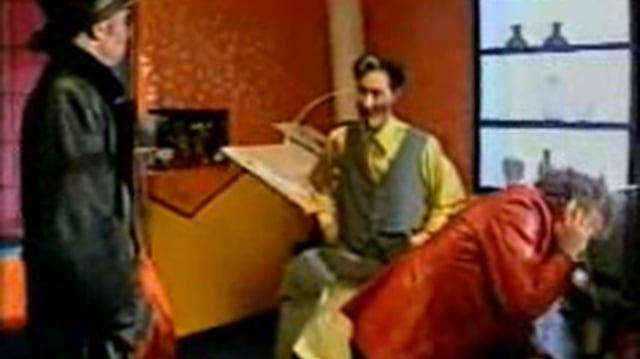 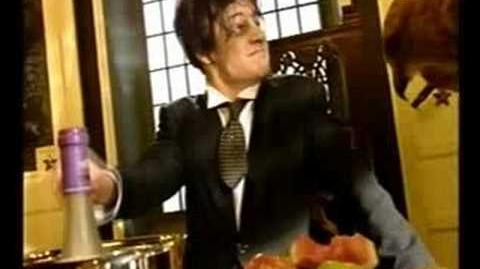 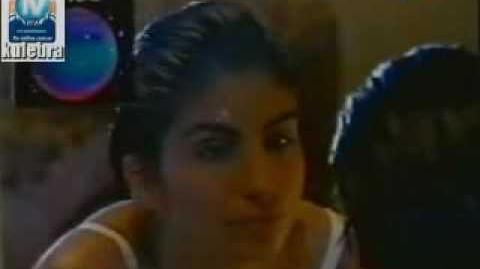 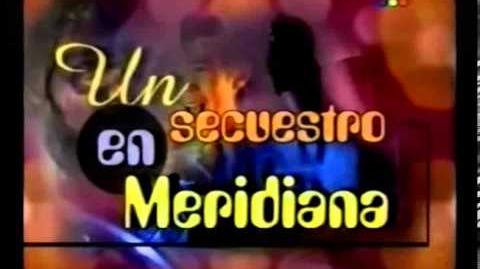 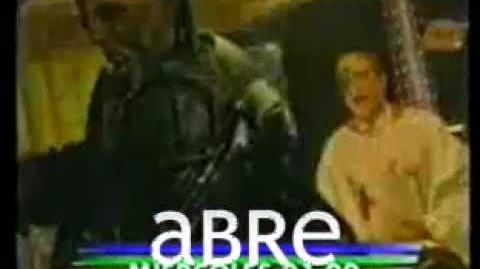 Telefe Cybersix ad
A Telefe ad for the series. 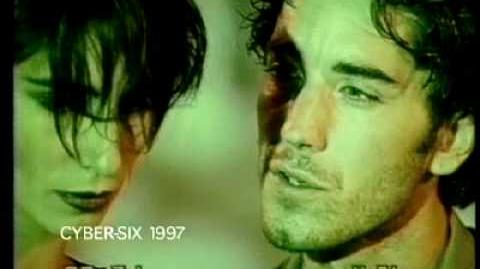 Reel 1995-2000.mov
This video contains what appears to be clips from the series.
Community content is available under CC-BY-SA unless otherwise noted.
Advertisement