Cyborg Kuro-chan was an anime that ran from October 2nd, 1999 to January 6th, 2001 in Japan. There were a total of 66 episodes created, though episode 66 (the finale) was never seen outside of Japan. The plot is about Princess Mimi who shrinks down Nana and forces Kuro to take her shopping, which later turns into a disaster when Kuro gets into a fight with Matatabi. The episode aired a few times in 2001 and no DVDs have been released, it wasn't even released on VHS as the producers only released the first 53 episodes before they went bankrupt in 2001. There is a 30-second sneak preview shown immediately after Episode 65.

The episode aired on the Japanese anime channel AT-X on 2nd April 2016. A recording of the episode was posted online in 480p quality but was removed due to a copyright claim by the copyright holders, however the uploader still has the episode. Another person uploading a video of them recording their TV screen while the episode was being aired. This upload is also gone. An upload of the episode to Nico Nico still exists however

Strangely the episode does not feature a next time preview the end unlike the other 65 episodes, due to the fact that episode 67 was never completed. It has been rumored that the preview for 67 aired during original broadcasts of 66 and it is likely that TV Aichi disposed of the preview since the episode never got finished. 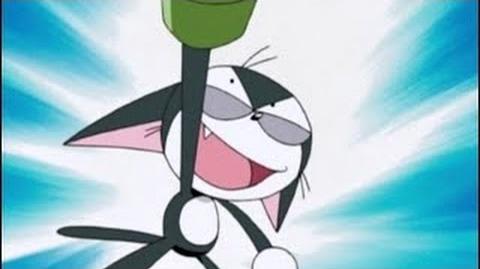 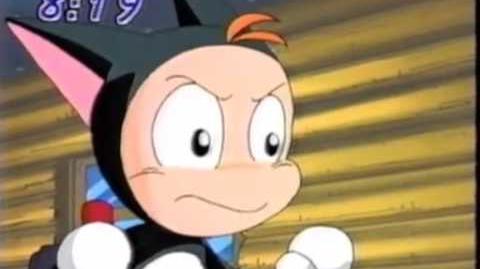 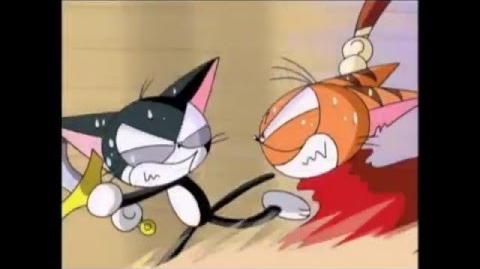 Cyborg Kuro-chan Episode 66 (Japanese)
Add a photo to this gallery
Retrieved from "https://lostmediaarchive.fandom.com/wiki/Cyborg_Kuro-chan_Episode_66?oldid=144345"
Community content is available under CC-BY-SA unless otherwise noted.