Fireman Sam is an animated comedy children's television series about a fireman called Sam, his fellow firefighters, and other residents in the fictional Welsh rural village of Pontypandy (a portmanteau of two real towns, Pontypridd and Tonypandy, which are situated approximately 8 kilometres (5.0 mi) apart in the South Wales valleys). The original idea for the show came from two ex-firemen from Kent, who took their idea to artist and writer Rob Lee who developed the concept, and the show was later commissioned and broadcast by the Welsh language channel S4C, in Welsh.

Fireman Sam was dubbed in German in 1989 and released on VHS. Through the Season 5-12 were found in German, Season 1-4 were lost and had no surface. The third Season was never dubbed in german. There are four main VHS Tapes containing Seasons 1-3 but in the wrong order. Its unknown how many Episodes JimJam dubbed since only one and a half have surfaced online.

A channel named "Marco Lia" has uploaded the episode "Sam's Day Off" title as "Die Popcornmaschine" in parts, The theme song was reuploaded by Starkid 1236 and then got restored by SBG's Secondary Channel with more loud music.

The DVD containing 16 episodes can be found here. 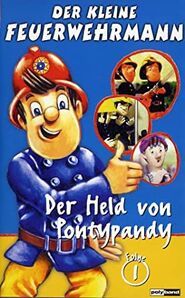 The German VHS of Series 1. 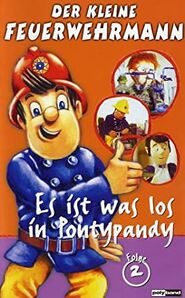 The German VHS of Series 2. 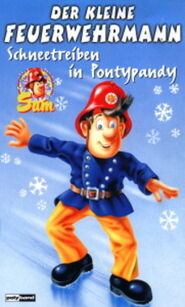 The German VHS of "Snow Bussiness". 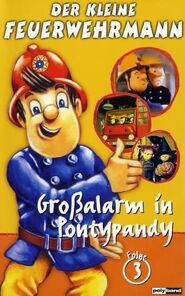 The German VHS of Series 3. 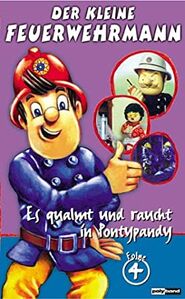 The German VHS of Series 4. 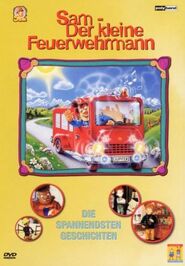