There is another Nickelodeon infomercial in 2002 called Desmellerizer. It's another fake and funny infomercial. The informercial was found by Ry's Classic Commercial Hut on December 17, 2018. It is one of the two fake infomercial along with Scream in a Box that was made by Nickelodeon back in 2002. The first version ends with the announcer saying April fools. 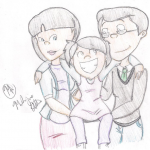