Eat Me! Records was a record label established in 1998 by two siblings who lived in New Jersey. Just two years later, they had recruited quite a few punk rock bands along the East Coast, and decided to release an album of songs from bands owned by Eat Me! Records. The album name, to go fittingly with the record label name "Eat Me! Records", was "Punk 'N' Pie". Additionally, in 2001, a follow-up titled "Eat This!" was released that featured fewer bands but the genre leans more towards hardcore and screamo than the previous. Other than Discogs entries, Genius pages on the albums that aren't complete, and on (for Punk 'N' Pie) a skatepunk website sometime in 2010 about albums that they wanted, not much is known about the album. We know all of the songs and bands featured on the albums, as well as some tracks being posted onto YouTube by "Kevin Osmond"[1].

UPDATE: SOMETHING A higher quality version of "What's Going On" by Wreckinghorn is available on their Bandcamp page[4], effectively making Kevin Osmond's low quality and horrible mixing job obsolete. However, Osmond's version is still the only version on YouTube, so it is still okay. Additionally, this Bandcamp version is of the "Eat This" version, not the Punk 'n' Pie/original version.

Kevin Osmond came through and finally uploaded the full album[5] onto Youtube on August 4th, 2021, making Punk 'n' Pie completely found. Eat This! is still only partially lost, but that could change at any time. Stick around, as updates will come when things develop. 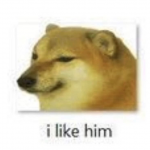