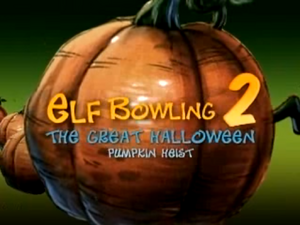 Elf Bowling 2: The Great Halloween Pumpkin Heist was a sequel to the movie "Elf Bowling The Movie: The Great North Pole Elf Strike". It was announced during the end of the trailer of the Elf Bowling movie, to be released on Fall 2007. However, it didn't get released (primarily due to the first movie being badly-received) and no other media about that movie's existence has surfaced yet.

Retrieved from "https://lostmediaarchive.fandom.com/wiki/Elf_Bowling_2:_The_Great_Halloween_Pumpkin_Heist_(Cancelled_2007_Movie;_Elf_Bowling:_The_Movie_sequel)?oldid=195367"
Community content is available under CC-BY-SA unless otherwise noted.