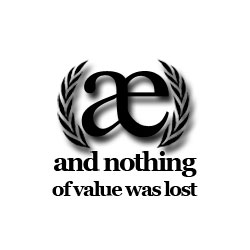 Author's Note: Because of the nature of Encyclopedia Dramatica and their tendency to try and troll any website that mentions them, this article has been locked. If you would like information to be added or edited, feel free to message either ThatShoegazer, Dycaite, or glbracer. One of us will happily add the information for you.

Encyclopedia Dramatica is an online wiki created by user GirlVinyl in 2004 as a satire towards Wikipedia and the internet in general. While it is considered by some to be quite juivenile and low-brow in its humor, it is also known to be quite informative (albeit, they still go out of their way to offend regardless). Many view it as a wiki that documents internet culture better than many other websites.

In 2011, GirlVynil sold Encyclopedia Dramatica to launch a website called Oh Internet. The original wiki was shut down and replaced by a website that was meant to be in the same vein as popular meme site Know Your Meme, but ultimately failed and was shut down in mid-2012. A reconstruction of the original wiki was launched within hours and most of the content has been recovered. However, despite sources such as the Wayback Machine and a few scattered screen captures, much of the wiki is still missing, perhaps some portions even permanently. Articles saved on some of the users' computers have been saved, while others are still being hunted after. Encyclopedia Dramatica remains one of the most saught-after partially-missing websites.

Retrieved from "https://lostmediaarchive.fandom.com/wiki/Encyclopedia_Dramatica_(Missing_Portions;_2004-2011)?oldid=28735"
Community content is available under CC-BY-SA unless otherwise noted.