What was to originally be Fallout 3, (also known by its codename Fallout Van Buren), was an RPG created by Black Isle Studios, the original creators of the Fallout series (aside from parts of Fallout and all of Fallout 3 and Fallout: New Vegas). The original version was going to be an MMO, however this idea was dropped. The newer version was a bit like its predecessors and carried on the original Fallout legacy.

Black Isle Studios soon started going over some bumps along the way and eventually had to sell the entire franchise, which was bought by Bethesda Softworks, creator the Elder Scrolls games. After the sale, the Black Isle team was disbanded and transferred to work on either Baldur's Gate: Dark Alliance 2, or the also unreleased and lost game, Fallout: Brotherhood Of Steel 2, while the first version of Fallout 3 was canceled in 2003.

Bethesda was very fast to drop the original design and converted it into a FPS/TPS RPG. The plot of the story was no where to be found in Fallout 3, and Van Buren was thought to be gone without a trace. However, in 2005, design documents for the game were leaked by Fallout fansite No Mutants Allowed, containing almost every detail about the design of the game.[1]

Screenshots of a tech demo of the game were released on No Mutants Allowed on April 30, 2007, followed on May 2nd by the full tech demo;[2] this would be the most we'd see of Van Buren for a long time.

In 2008, The Bethesda version of Fallout 3 was released, with heavy backlash from the established Fallout community, but with acclaim from critics and newcomers.

In 2010, Bethesda Game Studios and Obsidian Entertainment (which was composed of a few old employees from Black Isle Studios) created Fallout: New Vegas. This new entry in the Fallout series took a great number of things out of Van Buren, such as the NCR and the Hoover Dam. 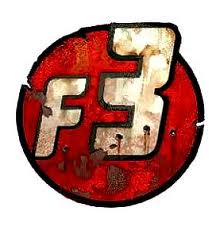 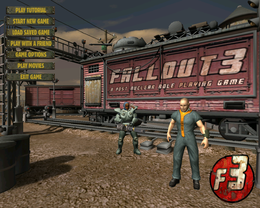 Title screen.
Add a photo to this gallery

Retrieved from "https://lostmediaarchive.fandom.com/wiki/Fallout_Van_Buren_(Unreleased_2000s_Fallout_3_Prototype/Fallout_Game)?oldid=10029"
Community content is available under CC-BY-SA unless otherwise noted.