Cover art of the game.

Fido Dido is an unreleased 1993 video game that was developed by Teeny Weeny Games and was set to be published by Kaneko USA in 1993. Kaneko had planned to release video games based on Fido Dido (the mascot for 7-Up) and Socks the Cat but they only released two license games under the Chester Cheetah license. A SNES version was going to be completely different game than the Genesis version. The title was shown at a Summer 1993 CES in Chicago by Kaneko along with Chester Cheetah and Socks the Cat.

Although the game was fully developed and featured in ads and game expositions, its release was cancelled due to Fido Dido being replaced by Cool Spot and the publisher's US arm closing down and subsequently cancelling other games such as The Soda Kids[1] but according to a review in the Easter 1994 issue of Sega Pro Magazine, Fido Dido was said to be "out now".

For years, it went unresurfaced until the Sega Genesis port was found and dumped online, and all that has resurfaced of the SNES port were screenshots and a box art of it.

UPDATE 5/26/2015: Someone by the name of "ElVicioGamer" asked the developer on Twitter if he could release the game, it looks like the developer has some intentions on releasing the game in the future.

UPDATE 2/18/2016: A 5 minutes gameplay footage of the SNES version had been uploaded on YouTube.

A advertisement for the game. 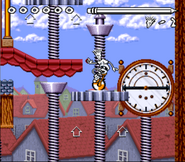 Screenshot of the SNES version #1. 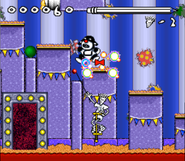 Screenshot of the SNES version #2. 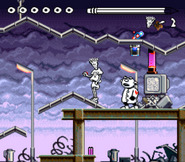 Screenshot of the SNES version #3.

A Sega Visions Issue 17 review of the Genesis version of the game.

Advertisement of the Genesis version (including the early box art) in Mean Machines Sega Issue 10. 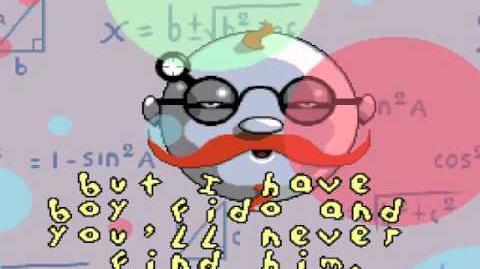