In 1964, Steven Spielberg (then aged 17) independently released his third ever directorial effort (and -technically- his first ever commercially successful film), a sci-fi adventure entitled Firelight.

The 135 minute film, for which which Spielberg also wrote the script, was created on a budget of just $500, and was only publicly screened once, at his local Arizona theatre (then known as the Phoenix Little Theatre) on March 24, 1964, to an audience of 500. Spielberg has recounted, in a 1999 Inside the Actors Studio interview, that through word of mouth and family-sponsored advertising, he was able to sell the 500 tickets at 1 dollar a piece; he would have broke even were it not for one particular audience member who decided to pay double, bringing the total profits to a single dollar (technically, as mentioned, making it his first commercially successful film). In the same interview, he also confirmed that his 1977 feature Close Encounters of the Third Kind was heavily inspired by Firelight.

Firelight centers around a group of scientists (namely, Tony Karcher and Howard Richards, the latter of which identifies as a UFO believer) in the fictional town of Freeport, Arizona. They begin witnessing strange colored lights in the sky, before a plethora of bizarre disappearances take place (animals, humans and inanimate objects alike). The film contains sub-plots involving Karcher's relationship with his wife, as well as Richards' obsessive quest to prove the existence of aliens to the CIA, and one involving a young captive girl named Lisa, as played by Spielberg's sister, Nancy. Firelight’s twist ending sees three aliens (represented only by shadows) descending on the Earth, revealing their plans to abduct the entire town of Freeport for the purpose of creating a human zoo, back on their home planet of Altaris.

Years after Firelight’s release, while job hunting in Los Angeles, Spielberg lent 2 of his master reels for the film (his only copies, no less) to a producer, in order to showcase his abilities. However, just one week later, the production company in question went bankrupt, and the producer vanished, along with Spielberg's reels. To this day, the missing reels have not been unearthed, and the film remains viewable only in a very incomplete state. Some of the surviving footage his shown up online, though until the stolen reels themselves are reclaimed, the film will never again be seen in its entirety. 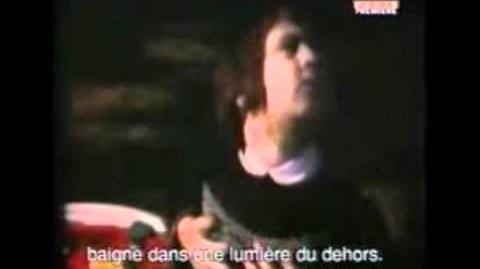 Firelight (1964) - Early Steven Spielberg Film (The Most Complete Version)
Compilation of surviving clips from the film. 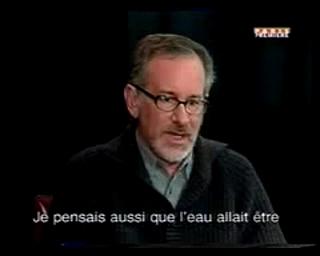 Spielberg - Actors Studio - 1 2
1999 Inside the Actors Studio interview with Steven Spielberg (part 1 of 2), in which the film is briefly mentioned (11:23-12:38).
Retrieved from "https://lostmediaarchive.fandom.com/wiki/Firelight_(Early_Steven_Spielberg_Film;_1964)?oldid=190149"
Community content is available under CC-BY-SA unless otherwise noted.