Fraidy Cat is a cancelled Disney film, directed by John Musker and Ron Clements that was to be released in 2009, but was shelved in 2005. It would've been a satire on Alfred Hitchcock's film noirs.

Oscar, a cat and Corrina, a cockatoo, are pampered, spoiled house pets that live an easy life in their owner's London flat. However, when a fellow neighborhood pet is kidnapped and Oscar is the prime suspect, the two must set off on a mission to find out who the real culprit in order to clear Oscar's name.

Fraidy Cat began production in 2004, under the direction of Musker and Clements with Andreas Deja, Harald Siepermann and Hans Bacher handling character and background designs. The initial storyreel was presented in May of that year and although many of the animators were impressed with it, David Stainton wouldn't agree to release the movie. This was because he did not think that it would be able to be marketed to a general audience, on account of average people, especially children were not well-versed in Hitchcock's films. The film has stayed that way since. 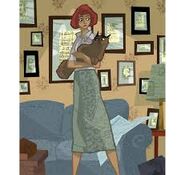 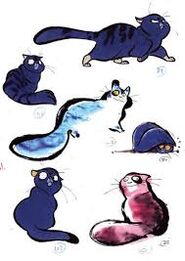 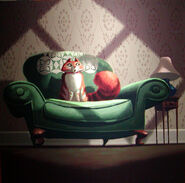 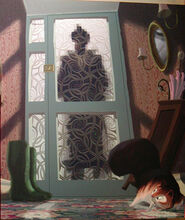 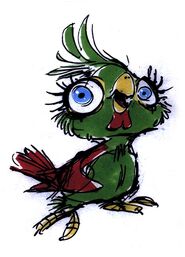 Add a photo to this gallery
Retrieved from "https://lostmediaarchive.fandom.com/wiki/Fraidy_Cat_(Cancelled_Disney_film,_2005)?oldid=188519"
Community content is available under CC-BY-SA unless otherwise noted.