Over the course of its' history, General Cinema Corporation was famous for their policy trailers; despite the company's long run (from 1935 to 2002, when it was bought out by AMC Theatres), there are some trailers that remain unaccounted for. If there are anymore that we are missing here, add it to the list below. 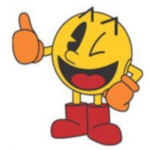