TriStar, the holders of the character in the U.S. at the time, found its performance favorable enough to release it in North American theaters. Prior to acquisition however, Toho had their own English dubbed version commissioned by a firm in Hong Kong, as was standard practice. This dub served as the basis for Mike Schlesinger's heavily re-edited U.S. version, financed with a budget of about $1 million.

After a fairly underwhelming 2 week run of the film in U.S. theaters, Schlesinger had planned to include the Japanese version with Toho's dub as a feature on the original TriStar DVD release of the film, but per Toho's insistence, the inclusion was canceled for fear of reverse importing and possibly other reasons (Toho's own DVD release came out only a few days prior to the TriStar DVD). As a result, the deemed "unusable" international export dub was never heard again, and the U.S. version remains the only way to view the film in English as of 2016.

In addition to mentions of the export dub in the commentary track on the DVD release, Mike Schlesinger in a post on the Classic Horror Film Board made in 2011 stated,

"Let me put it this way: if the international dub had been even halfway usable, we would not have gone to the time and expense of re-dubbing it. Not just because of the voice work--the dialogue was abominable: Yuki had five different professions and there wasn't a shred of exposition. Toho kindly sent over a subtitle list, and it had scads of info not in the dub, most crucially that Shinoda and Miyasaka were college chums--which made much of the latter's behavior suddenly clear. I had to rewrite almost the entire first reel so the whole darn thing would make sense. Yuki had five different professions"

Contrary to popular belief, lines from the export dub do not appear in TriStar's trailers for the film. These lines appear to be something created by TriStar's marketing department, with no involvement from the U.S. looping team, since all audio from the film heard in those trailers are from the fully mixed Japanese track, and the looping team only used the original English dub for audible reference.

The only audio from the export dub that survives in the U.S. version or otherwise is a line read by an actor named Jack Murphy delivered by a fisherman character in the first reel of the movie ("But as long as the beer is cold, who cares?"). Sound mixer Darren Pascal liked this line so much he kept it in the film.

In spite of this, visuals from the export version still exist. A VCD of Indian theatrical print poorly dubbed into Bengali without proper M&E stems from a Hindi version gained attention in 2016, which contained standard Toho International made English visuals from the "lost" export version. Unfortunately, the distributor seems to have physically spliced the title card from the print. Strangely, the Toho and Toho Pictures logos are the Japanese variants (with the proper English optical pasted over the Japanese text in the case of the Toho Pictures screen). It is unknown if this is something exclusive to this print, or the export version as a whole, as the rest of the export versions of the Millennium Godzilla films use the proper English variants.

Since he is heard in every single Godzilla dub commissioned by Toho International between 1989 and 2004, it is most likely that Rik Thomas, the founder of the infamous Omni Productions, had possible numerous roles in the export version.

Information from the commentary track 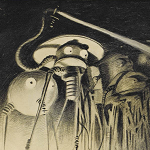