In 2005, Magnet was discontinued and only two shows (Animated Tales of The World and Crashbox, in which the latter still air to this day), was integrated into the Jam segments, although Magnet still appeared on the (now defunct) website. Magnet was most likely shut down due to there not being enough shows on the block or HBO Family wanted to air movies during the evening time.

In 2010, Jam was rebranded completely, and it's designed by Primal Screen. It featured a new CGI version of Jam playing with live-action kids in a CGI field and a new background music. Jam was discontinued on January 17, 2016, one day after first-run episodes of Sesame Street moved to HBO from their long-time home of PBS, and was rebranded to HBO Kids. While ''Sesame Street'' would continue to air on PBS Kids, new episodes would premiere on HBO and be aired on PBS Kids nine months later.

In the 2001-10 bumpers featuring Jam, a blob character named, “Jammie” would appear playing and dancing with kids in a sunny field to a hip-hop beat. The anthem for the segment would featuring the kids rapping about Jammie. Some bumpers would feature them saying why they love Jammie.

In the 2010-16 bumpers, the bumpers received an update. They featured a CG version of Jammie playing with some live action kids in a CG background. The music was also changed to a more vibrant, cheery xylophone music. There were bumpers featuring Jammie in his original 2D form (albeit with a slightly different design) doing things to save the Earth, such as conserving water or recycling, or brushing his teeth. 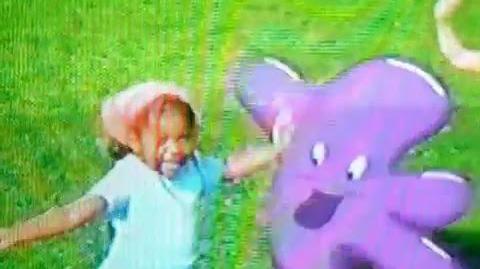 In the Magnet bumpers, a bunch of electrical charges would be featured with some kids hanging out together doing typical after-school activities such as hanging out at a park, eating at a burger joint, or skateboarding. It would also feature kids doing hover board tricks on the logo. 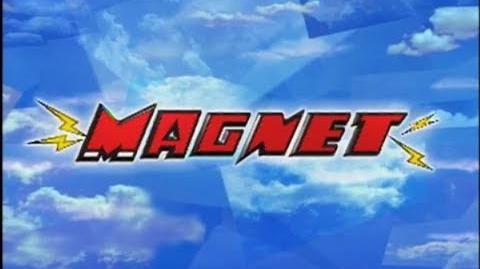 Mostly interstitials that air during commercial breaks on HBO Family, or on Jam and/or Magnet, at least until January 2016.

A 2D stop-motion series which featured a yellow dog and a gray mouse who gave kids helpful hints on stuff. The series was produced by Cuppa Coffee Studios. The characters' names are Rex and Mouse. According to Mike Gatti (who was an animator in this segment), the characters were silent and can only make noises (or at the very least, Mouse did), but a little girl narrated the segment. First airing in 1999, there were 40 short 1-minute episodes. According to an archived version of Cuppa Coffee's website (via Wayback Machine), this series is targeted to 8-10 year olds. This segment aired on Jam in it's entire run (2001-2016).

So far, no additional clips besides a split second in an HBO Family promo were found. Aside from this, a few names for the shorts have been found, one being "Friends" and another one being "Hobbies" (which was taken from Cuppa Coffee's awards website)[1], and an article mentioning episodes like computers and keeping an pet dish cold in summer (the latter of which was an pilot episode, according to Mike Gatti)[2].

An gif of the dog (Rex) brushing his teeth.
Add a photo to this gallery

Short educational series featuring Professor Rocket from Crashbox, giving a fact about something projected onto a screen. There were about 80 episodes total, but only five facts surfaced: cockroaches, a mirage, and bones, as well as stars and cat claws.

Who Knew 29 - Professor Rocket
Add a photo to this gallery

Another educational series also featuring Dora Smarmy from Crashbox talking about different types of big, fancy words. There were approximately 80 episodes of this series, and not a single one has surfaced.

A live-action series featuring kids talking about their favorite book, and do an recap of it. The series first aired in August 26, 2001 which is the same day that Jam was first introduced. There are approximately 52 episodes, and a bunch of episodes can be found on YouTube. The series is currently partially found, as there are only 20 episodes found.

A 2D-animated series about a boy or girl thinking about their imagination. There's 6 shorts of this segment. The series is found on YouTube as well as on Antidote FX's website and Vimeo. There's another short of this segment which can be viewed here. This whole segment is now found. Even though some of the shorts have no sound, they do in this website. According to an source (not Wikipedia), this segment came out in 2009.

HBO Just Wondering-Waiting For My Bath

The Way I See It

A series featuring kids talking their stories while their story is animated. According to the Serpentelli brothers who directed and edited the shorts, 21 shorts in total were made, produced, and aired. However, only a handful of shorts have surfaced. One short is at the end of "HBO Family and the History of Jam" video (which was uploaded by Medora) on YouTube. Other shorts, some full and some partial, can be viewed on the Serpentelli brothers’ website as well on Mike Serpentelli's YouTube channel. This segment aired on Jam, as well also outside of the block. Another short is available here. This segment might've also aired on Magnet as well.

Church on Time
Add a photo to this gallery

A CGI short series aired on the Magnet block, featuring a frog named Al Frog singing blues music in an empty bar. Only three shorts have surfaced with one that's recorded in low-quality. One can be viewed in this video.

Punishment blues by al frog
Add a photo to this gallery

A series featuring folklores featuring an African narrator telling folklores about different types of animals such as, "Why the Bear Has a Short Tail" and "How the Monkeys Made the Trees." At the end of each story, there is a song about the animal in the story. Only 3 shorts has surfaced. One which was recorded low-quality and can be found on YouTube, another one which recorded in VHS quality and is part of the Jam 2011 Commercial Break video, but also incomplete and can be found on YouTube, and yet another one in normal quality and can be found on an website. It can be also found and viewed on Vimeo. This segment started airing in 2000, despite it's name (based on Jam's name, which it was first introduced in 2001). As it's name suggests, this segment aired on Jam.

When the Wolf Howls
Add a photo to this gallery

And Now You Know

An animated series that probably aired around 2003-2004 where a kid asks a question such as where the wind goes, and the question is answered by a female narrator. A few shorts can be found here, but some shorts have yet to be found. It's produced by Kristin Harris Design.

And Now You Know

The Booth in The Back

A live action segment that aired on "Magnet" which features bunch of female teens in a diner having a discussion about the short's subject. This segment first aired in 1999. One short titled "Popularity" of this can be found here. Despite Magnet discontinued in 2005, it would continue to air until around the following year (2006). It also aired outside of Magnet.

I Want To Be

I Want To Be A Marine Biologist

According to an person on Twitter, this segment is lost and the only footage that is found as of now is the 1999 HBO Family promo (just like 411). The name for this segment isn't official as it's unknown what it called.

A series that aired on Magnet which features a bizarre style. The segment featured weirdly-designed kids telling a random story, which ends with a "gross joke" and the storyteller saying "Yuk!". Only two shorts of this segment surfaced on Vimeo.

Yuk
Add a photo to this gallery

An segment that first aired in 1999 and as it's name suggests, it would features short films made by kids. This segment would later air on Magnet. This segment has various specials like 30 by 30: Party Animals. It even got an TV show in 2001, according to IMDb. This is first HBO Family segment to have an TV show, as the next (and possibly last) one to have one is El Perro y El Gato. It had two film festivals called Kid Flicks Online: Film Festival, one that happened in 2000 and in 2002. There is only one promo of it found. It also have another segment called 30 by 30: Short Spots.

Though this isn't an original HBO Family segment, it aired on Jam. This segment also aired on Nick Jr. in the UK and ABC Kids in Australia in the early 2000's. HBO Family and ABC Kids would air it during commercial breaks, while Nick Jr. (UK) would air it as an program. ABC Kids aired this segment a lot of times (just like their other segments like Soupe Opera). Despite airing in multiple channels in other countries, it's English dub, however, is somewhat lost, and what is only found is an episode entitled At The Dentist.

A musical interstitial series created by Healthy Lifestyle Choices for HBO Family that taught kids about how many things like fruits and vegetables should they eat within a day. This segment first aired in July 28, 2005. One short can be viewed on this website.

These bumpers featured Jammie bouncing on a bubble featuring a screenshot of the upcoming show with kids announcing it.

These bumpers featured Jammie flying a plane with a box with a montage of clips from the upcoming show. The bumpers were produced by Primal Screen.

This bumper features Jammie driving a submarine into the ocean and going past the schedule.

An month-long marathon that airs HBO Family shows and movies. The marathon block either air in December 1999 or January(-February[3]) 2000 (most likely 2000 because the bumpers included the show "Rainbow Fish" which first premiered January 8th, 2000). Nothing else is found so far than bumpers that are probably from January 2000 are found. Despite this, it is very hard to search to find anything relating to this.

Another thing 411 animator Mike Gatti also worked on according to his website. As it's name suggests, it might've been an screenbug (the thing at the bottom right that stays there for the whole entire program) that either aired on HBO or even (most likely) on HBO Family for their Totally Famillennium block. Due to HBO and it's sister channels (including HBO Family) not having screenbugs at all (or during the program, for that matter, because some HBO channels, including HBO Family, used screenbugs during commercial breaks, at least until 2014), nor do they have one to this day, it probably might've been an bumper or an ident used for the Totally Famillennium block.

An online game seen on the former HBO Family website created by the same studio who made Eat 5 that was about recycling and helping the planet out. The "mascot" of this game was called Dot, which was a green and black "recycled" dot. Not much else is known about the game, but it could still be played on the Wayback Machine with Adobe Flash Player, but you can prior to January 2021 because of Adobe shutting down it's Flash Player at the end of this year.

Retrieved from "https://lostmediaarchive.fandom.com/wiki/HBO_Family_Jam_and_Magnet_Bumpers?oldid=175902"
Community content is available under CC-BY-SA unless otherwise noted.