This article is a stub. You can help the Lost Media Archive by expanding it!

HiT Entertainment: Personajes Favoritos (roughly meaning "HIT Entertainment: Favorite Characters") is a series of DVD's released exclusively on Latin America. It was basically the Latin American equivalent of the Hit Entertainment Children's Favorites series of VHS' and DVD's released in the US, but with some differences, such as some of the "Favorite Characters" DVD's including episodes of Thomas & Friends, a series which was never present on the "Children's Favorites" DVD's. It's currently unknown how many volumes were made, but it's estimated to be 6 volumes, so far, none of them have been uploaded to YouTube, Google Drive, or Internet Archive.

So far, there are 6 volumes discovered, which is believed to be the amount of volumes made, the DVD's themselves would include TV-modified versions of episodes from HiT Entertainment franchises (meaning that they would feature more than one episode of a single series), every DVD included episodes of series' such as Bob the Builder, Barney, Angellina Ballerina and Pingu, however, unlike it's USA counterpart, these DVD's were unique by the fact some volumes included a different series than the other, odd-numbered releases would include Rubbadubbers episodes, while even-numbered releases would include Thomas and Friends episodes.

Episodes included on each release

Bob the Builder: Spud the Spanner/Spud the Super Wrench, Spud and the Clouds, Trailer Travis/Travis' Trailer, and Spud Gets Packing.

Angellina Ballerina: Angellina at the Fair.

Pingu: Pingu Looks After the Egg/Pingu Helps With Incubating.

Thomas' Anthem/Thomas We Love You.

Let's Have a Race.

Thomas and Friends: Thomas' Train/A Big Day For Thomas, Edward and Gordon/Edward Helps Out and Thomas, Terence and the Snow/Terence the Tractor.

Barney: Up, Down and Around!

Every Cloud Has a Silver Lining

Thomas and Friends: Thomas and the Trucks/Thomas in Trouble, Tenders and Turntables, and A Bad Day for Sir Handel.

It's Great to Be an Engine

Come For the Ride 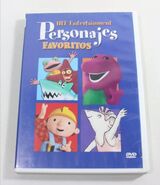 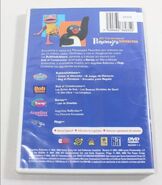 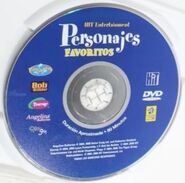 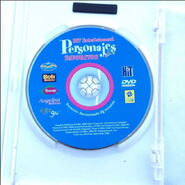 2/2/21: I found that there's actually a 5th volume, and it's for sale on Mercado Libre Mexico.

05/05/2022: Unfortunately, all three links shown below are no longer active anymore, so please do not click on them.

https://drive.google.com/file/d/152wq5pfazcmtyCKAoU84x81UshX3VNsJ/view?usp=sharing (The link for Volume 2)

https://www.youtube.com/watch?v=wHMDU2fih7g (The link for Volume 4)

https://www.youtube.com/watch?v=cH57ztdwjx4 (The link for Volume 6)