Hello Mrs. Cherrywinkle aired from the 1990s in to the 2000s. Multiple videos exist on YouTube, however they don’t cover the full series considering how long it was broadcast. There are VHS releases as shown below. It’s unknown if DVD, Blu-Ray or streaming releases exist. It was a musical show as evidenced by the name on the first VHS cover. 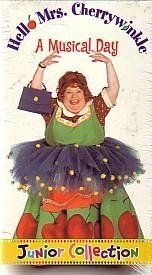 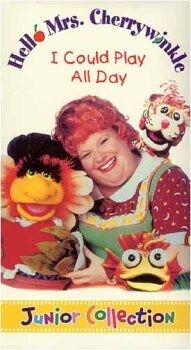 Retrieved from "https://lostmediaarchive.fandom.com/wiki/Hello_Mrs._Cherrywinkle_(Canadian_live_action_children’s_show)?oldid=145482"
Community content is available under CC-BY-SA unless otherwise noted.