Lost Media Archive
Register
Don't have an account?
Sign In
Advertisement
in: NSFW, I hope we wont find this, I hope we don't find this,
and 12 more

Iamssandra (also known occasionally as Supersandra) was a channel that existed since 2008 until 2020. It mainly uploaded unseemly gay videos, mainly consisting of two women kissing, and their eyes being censored. There was also a couple of times where they would post videos of their dog defecating on the streets. And several videos were also random pictures of the same women covering their faces, and the thumbnails also had creepy origins. Every single one of their video consisted of lesbian slurs, some thumbnails even display the women showing off their boobs. Mainly a couple being titled cuss words or bath routines.

However, sometime in 2020, all their uploaded YouTube videos were terminated (including their channel and their playlists) permanently due to them violating YouTube's rules and terms of service. After their YouTube was demolished, it is unknown if they are active on other social media platforms. and it's also unknown if anyone has archived their old videos before they were banned or before they went missing. As of the moment, none of their videos have currently been found or recovered. 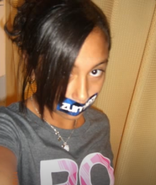 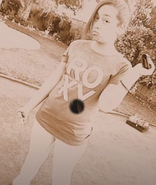