Idaho Greentracks: A Party Sampler is an album produced by the Idaho Green Party. It was released on July 6th, 2004[1][2]. It contains 18 songs which reflect on what the Green Party of the United States stands for. All of the songs are performed by Idahoan artists. The album was sold on their website starting in 2004 and was removed from it in 2008. It is one of the three albums produced by an affiliate of the Green Party, the other two being From the Grass Roots, Volume 1 and Party With a Purpose. The UPC code is: 634479677427. On June 19th, 2021, the full album was uploaded to archive.org. 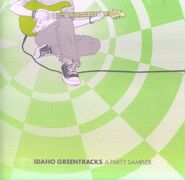 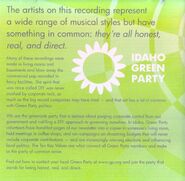 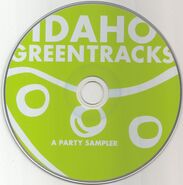