Izzy's Quest for Olympic Gold is a 30-minute animated TV special produced by ACOG and Film Roman to promote and provide a backstory for Izzy the Whatizit (What is it?), the mascot of the Atlanta 1996 Summer Olympics.[1]

Izzy debuted during the closing ceremony of the 1992 Barcelona Olympic Games and was immediately met with a backlash. The Atlanta Committee for the Olympic Games continued to promote the character in multiple media forms, including the video game Izzy's Quest for the Olympic Rings for the SNES and Sega Genesis game consoles. Amidst criticism and ridicule over the character's design, ACOG approached Film Roman to revamp Izzy's appearance, as well as produce a 30-minute animated TV special.

Izzy's Quest for Olympic Gold debuted Saturday August 12, 1995 on TNT. It aired 5:30 PM EDT that evening and again at 6:30 PM, and repeated the following Sunday at 7:30 and 9:30 AM.[2] The special has never re-aired, has no known home release, and has yet to surface online at any length. Claims that the special was distributed internationally have never been substantiated. Considering the consistent backlash against the character, and most Olympic mascots' fate of obscurity and irrelevance, it is unlikely that Izzy will ever see a release through any official channels.

''UPDATE'' December 18: James C uploaded the entire special to YouTube. He found a recording of it on an old VHS tape while helping his father clean out the garage. Link here:https://www.youtube.com/watch?v=TzGr9ibFkrw 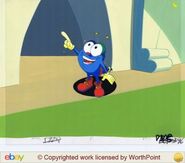 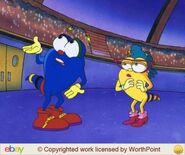 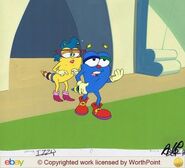 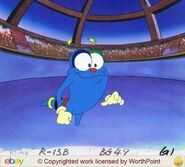 Retrieved from "https://lostmediaarchive.fandom.com/wiki/Izzy%27s_Quest_for_Olympic_Gold_(1995_TV_Movie)?oldid=187457"
Community content is available under CC-BY-SA unless otherwise noted.