Jay Jay the Jet Plane is an American live-action/CGI-animated musical children's television series based at the fictional Tarrytown Airport, which aired on The Learning Channel, PBS Kids, and Qubo. The series has 62 episodes, and is centered on a group of aircraft who live in the fictional city of Tarrytown. The episodes are commonly distributed in 25-minute-long (as without commercials) pairs, with one header sequence and one end credits for each pair. Each episode contains one or more songs.

There was an Italian Dub called "Jay Jay l'aeroplanino" that aired on Rai YoYo in September, 2010 [1] at night and ended airing in an unknown day, made by Sound Production - Rome. This dub was lost over years until 8 years later the theme song was found.

One episode was on Vidoevo and it's unknonw if it was fist uploaded on youtube: https://www.vidoevo.com/yvideo.php?i=OW84Z09IcWuRpWHNEOW8&jay-jay-laeroplanino-la-gita-di-tuffy-a-pangabula-ep-73mpg

UPDATE: https://www.amazon.com/Jay-LAeroplanino-01/dp/B00SW0439O, An Italian DVD has been found on Amazon, but it's currently unavailable. 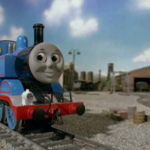