Jelly Jamm is a children's animated television series from Spain and United Kingdom created by Carlos L. Rey, Victor M. López and David Cantolla, in 2009, a pilot was made by Rafa Carmona before the show came out in 2011, and its currently partially lost, so far, only a few images has been found, according to a website, Carlos Vermut made the character designs for the pilot.

On 9 of June 2021, Fractius and Lucio B found more images and some clips of the Pilot Episode.

The early design of the characters. 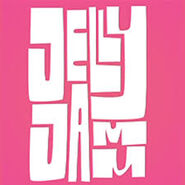 A gif from the pilot. 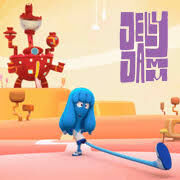 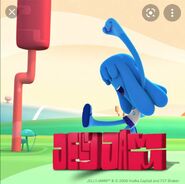 29/6/2021: Hello. While searching for a Bello plush, i found a weird image of Pilot Mina with a very elongated leg.