Johnny Quasar is a precursor for Jimmy Neutron. Made in 1994, creator John A. Davis brainstormed the character Jimmy Neutron (then named Johnny Quasar) sometime in the 80's. He wrote the pilot under "Runaway Rocketboy" (later became the name of the 2nd pilot). He revisited the idea in the 90's while moving out of his home. He then pitched the idea to SIGGRAPH (a computer graphic conference, now called SIGGRAPH 2015). At SIGGRAPH, he met Steve Oedekerk.

The only known footage of this pilot to this day is a short clip where Johnny Quasar introduces himself and Goddard on DNA Productions' (the creators of Jimmy Neutron) website as well as other screen shots.

An archive link can be found here for evidence.

In 1998, DNA Productions changed it to Jimmy Neutron: Boy Genius but kept the Johnny Quasar at the link of the end of this paragraph. [1] 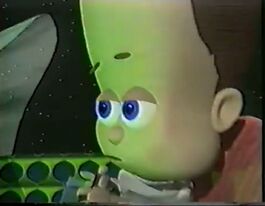 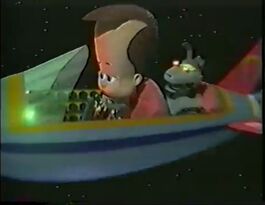 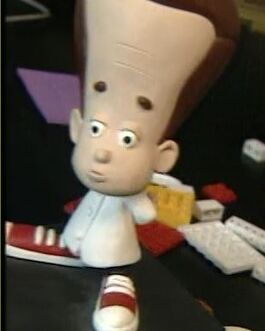 The statue of Johnny Quasar 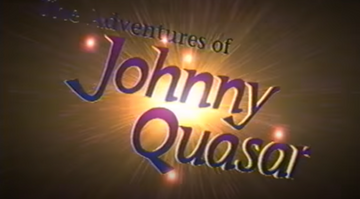 The Adventures of: Johnny Quasar logo.
Add a photo to this gallery

Retrieved from "https://lostmediaarchive.fandom.com/wiki/Johnny_Quasar_(Found_Jimmy_Neutron_Pilot)?oldid=199009"
Community content is available under CC-BY-SA unless otherwise noted.