Joyride Studios was a company owned by the creators of GamePro Magazine, who manufactured video game action figures and figurines from 2002 to 2003. They adapted several games released in the early 2000's, ranging from popular titles like Sonic Adventure 2 and Halo: Combat Evolved, to cult classics like JSRF: Jet Set Radio Future and Cel Damage. Their products were/are frequently criticized for their cheap and poor production values, with some of them looking rather ugly.

In late 2002, two television commercials for their products aired on Cartoon Network, Nickelodeon, MTV, and MTV2. The first commercial depicted a "behind-the-scenes" look at the Joyride team and how they make their figures. The second commercial, titled "Jailtime", depicted two employees giving a tour of the company, showing that they make their action figures by keeping video game characters trapped in glass prison cells. The characters seen are Eddie from SSX Tricky, Sonic the Hedgehog, and Aiai from Super Monkey Ball.

While Jailtime has been recovered, the behind-the-scenes one has yet to be. The archived Joyride Studios website has links to watch/download these commercials, but unfortunately, downloading them gives you dead files. [1]

A storyboard for the "behind-the-scenes" trailer, posted on Figures.com. [2]

Their standalone figure of Violet from Cel Damage.

Their figure of Eddie from SSX Tricky. 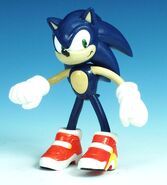 Their figure of Sonic the Hedgehog, wearing his grind shoes from Sonic Adventure 2. 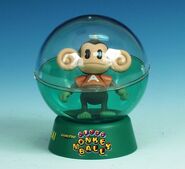 Their figure of Aiai from Super Monkey Ball.
Add a photo to this gallery

Retrieved from "https://lostmediaarchive.fandom.com/wiki/Joyride_Studios_(Missing_2002_Action_Figures_Commercial)?oldid=41413"
Community content is available under CC-BY-SA unless otherwise noted.