When Kamen Rider Dragon Knight was coming to an end, a movie was originally gonna be made, however, the ratings declined too far and the final two episodes were never aired on TV and the movie was cancelled, it is unknown if it would use footage from 13 Riders or Episode Final. Final two episodes were posted online and are now on youtube. The ending of Dragon Knight actually is the closest thing to finding out about the plot of the movie, it might've been that their mission isn't finished yet because they have to fight off the remains of Xaviax's minions. Which leads us to believe that it might've actually followed Episode Final in some fashion. Other than that, nothing else is known about this movie. 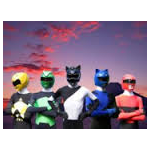