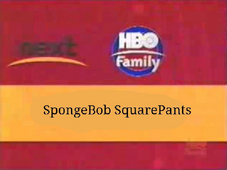 In 1999 HBO Family was launched to join the HBO Multiplex Channels. HBO Family Had unknown music for the next bumpers, but the first one involved woman bumping into another and a man with a remote and a girl hula hooping while the other involved people jumping on trampolines. with Josh LEBOWITZ, a HBO Family Character or the other announcer saying "Next on HBO Family__________ Next." with someone singing the network's name. "HBO FAMILY"

These Are the missing Next bumpers that I Need help finding. and the Following are:

The Adventures of Paddington Bear (Missing)

Retrieved from "https://lostmediaarchive.fandom.com/wiki/Lost_HBO_Family_Next_bumpers_(1999-2006)?oldid=190323"
Community content is available under CC-BY-SA unless otherwise noted.