Mameshiba (豆しば) is a Japanese merchandise franchise created by copywriter and Korean-Japanese national Kim Sukwon. The Mameshiba are different varieties of beans (and other legumes) that have dog-like faces and tell trivia. Their name derives from a series of puns. The Japanese word for "bean" is mame (豆), a toy version of the Shiba Inu is a mameshiba (豆柴), and the Japanese word for "trivia" is mamechishiki (豆知識, literally "beans of knowledge").

An anime series was created in the early 2010s produced by Dentsu that were sold to Japanese television networks to air instead of commercials. Their popularity in Japan and Asia eventually led to their release in the United States via Viz Media, this dub seems to be lost. Only one episode was uploaded to YouTube. The English version of the theme is available on Viz Media's official YouTube channel. 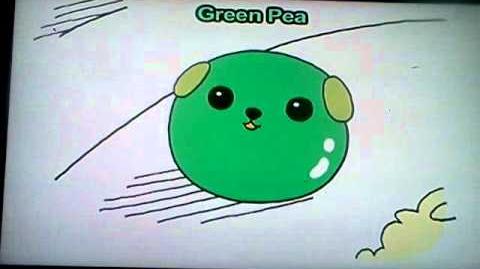