US cover of the game.

Metal Jack: Armored Police is a 1992 Japan-only Beat 'em up Super Famicom game published by Atlus based on the 1991 anime of the same name. There are plans to bring this to the North America and was scheduled for released in December 1992, but was cancelled for unknown reasons. This Official English version

The prototype was since found by Jason Wilson (aka DreamTR). The game was sold and dumped by The ISO Zone user ruiner9 in 2012. 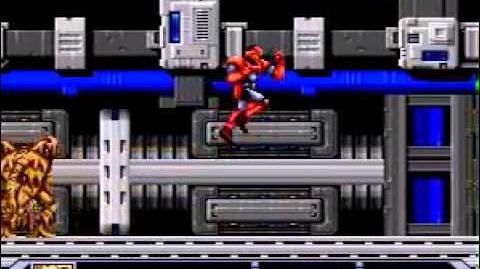 Back cover.
Add a photo to this gallery

Retrieved from "https://lostmediaarchive.fandom.com/wiki/Metal_Jack:_Armored_Police_(Found_1992_English_version_of_the_Super_Famicom_game)?oldid=127188"
Community content is available under CC-BY-SA unless otherwise noted.