Mickey and Friends' Greatest Hits was a collection of VHS tapes and VCDs released outside the United States (such as Europe, Asia, Latin America and Australia) in 1998, featuring a selection of cartoons starring multiple Mickey Mouse characters.

The volumes were as follows

A video which shows the closing of the Mexican VHS of Goofy's Greatest Hits also shows that they may have been dubbed in English, as the credits show the name of the song played before the program starts (in this case, the song is called "The Goof")

UPDATE: The song from "Minnie's Greatest Hits" (which is called "Our Miss Minnie") has been found! The video was actually uploaded three years ago, but it wasn't until recently when the creator of this page found it!

You can watch/listen it below. 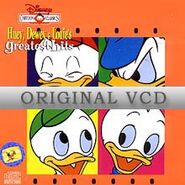 The cover art for Huey Dewey and Louie's Greatest Hits 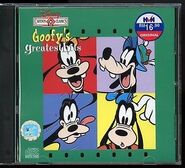 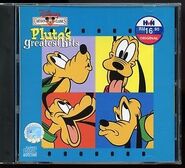