Out to Lunch aired as a prime-time special on ABC on December 10, 1974. It mixed the Sesame Street and The Electric Company casts, along with guest stars Elliott Gould, Barbara Eden, and Carol Burnett. The production was jointly produced by The Jim Henson Company, Sesame Workshop (which was called Children's Television Workshop at the time), and ABC. The premise of the show was that the ABC newscasters had all gone out to lunch, and it was up to the Electric Company cast and the Muppets to make up an hour of programming.

It has never been released on home video, and it is unknown if anyone has a copy, since Out to Lunch came out shortly before the Betamax - the first commercially released home recording device - was released. An audio recording of the song "We're in Charge" has circulated, and some clips have been shown at a Sesame Street crew party. In addition, some clips were showcased on YouTube during its early days, but this was before anyone knew how to download YouTube videos, and they have not resurfaced since then.

UPDATE 19 Jun '19: Scarecroe has uploaded a few high-quality images of the special on Muppet Wiki.

The below list of segments has been compiled via a script that surfaced on eBay.

"I'm Bill Beutel, and thank you every much, and have a good day."

"Oh Hi! I'll bet you can't guess who's gonna take over the network while all those nice people at ABC are out to lunch."

"If you think the TV season stared out to be a bore."

"If you thought it verged on treason when they cancelled Dinah Shore."

"And I will run the camera."

"And ABC will all the cops."

"And I'll be Mary Tyler Moore."

"Say you think that that's disaster? Hey! You ain't seen nothing yet."

"A magazine for television." 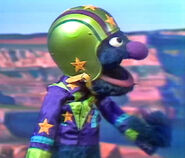 "The score after one jump is Grand Canyon one, frog zero." 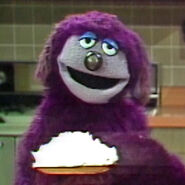