These were the channels including encore that were included in the Total Choice STARZ! package only.

All Black, All Day, Our Movies 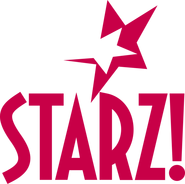 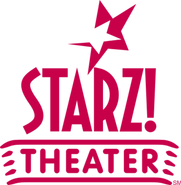 Place for New Movies Every Friday

In Early 2000, Total Choice STARZ! Came to DIRECTV And it Costed $10 more a month with our total choice subscription with up to 12 different premium movie channels that had 2 channels of STARZ!, 2 Channels (Later 1 channel) Of STARZ! Theater, 2 Channels of Encore, The BET Movie Channel, The Mystery Channel, The Love Stories Channel, The True Stories Channel, The Action Channel, The Westerns Channel and WAM! America's KIDZ network. STARZ! Family And STARZ! Cinema were not included in that package and neither was Movie Plex. But While That's Gone Nowadays, Total Choice STARZ! had over 500 Different Movie Choices Every Single month. The Total Choice STARZ! motto Said "Movies you GOTTA have, Just one of twelve Channels." And the individual ads ended with "Just of 12 commercial free movie channels from STARZ! and encore in the total choice STARZ! package." or "Just one of 12 commercial free movie channels only $10 More per month with your total choice package". STARZ! Theater had movies every single week of the year, The Mystery Channel Tingled our Spines to the unknown, The Love Stories Channel had romance movies that touched our hearts, The True Stories Channel had drama movies that told it like it is. The Action Channel shows movies with non-stop Excitement, WAM! America's KIDZ Network Was the channel by kids, for kids and about kids with "education that entertains" and "entertainment that educates" BET Movies STARZ! Was the "All Black Movie Channel Dedicated to Showcasing Black Talent In Front of and Behind the Camera" And STARZ! Was the place for new hit movies premiering every single Saturday night. While They are all gone from now on, STARZ! The place for more movies and more choices than anywhere else. And their Number was 1-(800) 547-4DTV so they can order total choice STARZ! on DIRECTV. STARZ! Had more new hit movies in primetime than anyplace else and so did their multiplex channels. For Example The Ad for WAM! involved a kid on a skateboard and the scenes from the movies that were shown on WAM! to name a few. These are the Ads that are still missing and found on YOUTUBE.

STARZ! Theater was the place for the Best of STARZ! all week long. STARZ! Theater began in 1996 as STARZ! 2 But then in 1999 STARZ! Theater came around before rebranding to Starz edge in 2005. STARZ! Theater Had new movies every single week picked from STARZ! and played every day at the same times like a movie theater

These Are the Things That Are Missing: